Our EDTA binding/detoxification cream’s & suppositories are a bi-product of over 25 years of developing, formulating, testing, and administering calcium disodium EDTA to thousands of patients in multiple countries.  Our revolutionary Chelation therapy cream may be the easiest and most effective way to administer a safer, lower dose of EDTA to help your patients/customers to effectively bind and help remove lead | heavy metals from the body.

No Amazon or Online E-Sales Competition:  Detox HM products are not available on-line in order to protect our practitioner | pharmacist | natural store partners who work hard to help promote our products.  Unlike many of our competitors, we believe in the hand on, direct approach to educating people on the dangers of lead and heavy metals in their systems.  To help make education easier, we have put together easy point-of purchase or waiting room tools that can passively engage your patients | customers stimulating conversation and ultimately more purchases.  Contact Frank today at (480) 209-3367 to learn more. 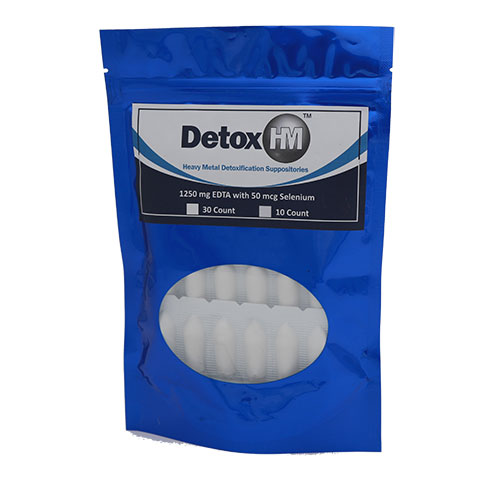 Disodium EDTA Chelation therapy is a chemical process in which a synthetic amino acid, EDTA (ethylenediaminetetraacetic acid) is introduced into our bodies to remove heavy metals and/or minerals. Chelation means “to bind” or “to grab.” When EDTA is present in the body, it “grabs” heavy metals and minerals such as lead, mercury, copper, iron, arsenic, aluminum, and calcium and removes them from the body through urine and feces.

It is also suspected that EDTA molecule may act as an antioxidant by removing harmful metals that combine with LDL cholesterol, which can damage arteries. The theory is that when you remove metals like lead that flow freely through the arteries (such as copper or calcium), you may be slowing down diseases such as atherosclerosis. Some experts also believe EDTA could help remove calcium from healthy bones, muscles, and other tissues, as well as from diseased arteries.

Chelation is an effective way to treat heavy-metal toxicity.  EDTA binds with harmful metal and both are then eliminated from the body through the kidneys.  Some health professionals have also used chelation therapy to treat atherosclerosis and/or coronary artery disease with the theory that EDTA binds with calcium deposits (the part of plaque that obstructs the flow of blood to the heart) in the arteries, and then “cleans out” the calcium deposits from the arteries, reducing the risk of heart problems.

Additionally, many patients have reported having less pain from chronic inflammatory diseases such as arthritis, lupus, and scleroderma after chelation therapy.

The Need for Mineral Replenishment

When anyone begins a regiment of disodium EDTA chelation therapy, it is very important to replenish the good minerals. Chelation will remove the bad heavy metals like lead but will also remove good minerals like calcium, magnesium, potassium, sodium, and so on.  You don’t need an expensive product, an over the counter multi-mineral will do.

Detox HM is on the cutting edge of Calcium Disodium EDTA products. Coupled with dedicated practitioner | pharmacist support, no online sales, and high retail margins, Detox HM is your product of choice for lead and heavy metal detoxification solutions.

Detox HM’s mission is to provide the highest quality products for our sales partners and their patients | customers.  To ensure quality and consistency, all Detox HM products have the Good Manufacturing Practices Seal (GMP) and are made in an FDA registered facility.

Detox HM’s understands in today’s world of Amazon, practitioners & health care professionals regularly lose business or get the patient interested in a product just to lose the second sale online.  We does not allow any online retail sales protecting our practitioner & health care partners.

Attention Practitioners with PEMF Machines. Receive up to a 4X return on our products when used as a pre-provocation PEMF treatment.